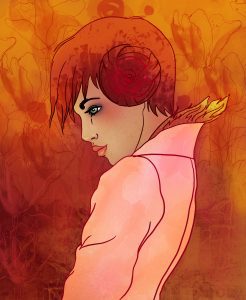 The Aries New moon is a time where much can change. Awareness will open up. Some places on the planet can have hard lessons. The shadow of the light will be strong.

This is the last New moon in Aries  with Uranus in Aries until April of 2095! This is a powerful signature to go out with a bang. The next 7 years the Aries new moon will have Uranus in Taurus accompanying the chart bringing a whole new feel. It is an explosive chart and may be literal someplace on the planet with buildings blow up. The metaphor is what in your life would you like to blow up, walk away from, attack, poof it is gone? Is there anything, any place or anyone that you would like to leave behind in a cloud of dust?

The Aries new moon in conjunct Uranus in Aries, making the vibe even more volatile. Spring may finally have arrived for the northern areas weary of the long drawn out winter. And off with the sweaters, call in for a mental health day, play hooky from school. On the other hand, Uranus never likes to be predicted and can fool us all with one more shock to the system bring storms or tornadoes. Chiron is at the very last degree of Pisces, on a fixed star named Scheat, the star of sorrowing and suffering! Ouch, those old ancient astrologers sure did have a bluesy view. However Chiron with Scheat will be a release point of letting go, after an acknowledgment of where we have been wounded and suffered from that. Chiron is ready to leap into Aries a placement that will show us how our individuality has been thwarted in order to reclaim independence and courage to follow our own paths. 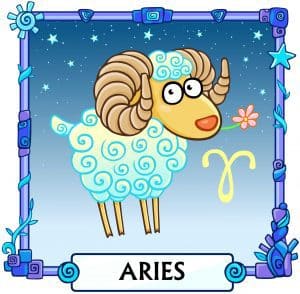 Aries, as you might know, is ruled by the planet Mars, which is traveling in Capricorn, next to Pluto who is on its own node. The ancient astrologers say that the predictions and what will happen according to the new moon are contingent upon the placement and condition of the ruler of the Aries new moon.  This is incredibly strong energy to accomplish whatever you want. It is passionate and has a cunning nature to be able to hang in, make plans and keep  trying until mission accomplished. The shadow side of this vibe is rage and anger, especially if someone has felt disrespected, rejected or passed over when ones perceived qualifications are as good as the next person. If something like this is going on in your life  move passed the anger and focus this powerful energy in finding a better job, lover or friends that do recognize your gifts and talents.

Passion runs deep for this new moon in Aries, Venus is in Taurus connected with the node of Mars. This is a sexy vibe, however if there are underlying aggravations between you and your lover a loves quarrel can ensue.

The north node of the moon has been traveling through Leo for the last year and will continue to do so until November 2018. What is significant in this aries new moon is the north node is now at a very special degree that is vibrating with the heliocentric node of Neptune. These nodes of the planets that are showing up in the new moon chart are portals to the other worlds of the planets. Neptune with the moons node is allowing our emotional body to be present to increased psychic and intuitive knowledge. It is a call to step into your creative side along with your intuitive side to open up pathways that will tell you where to go and what to do next.

How to work with the Aries new moon

Be courageous, face your trepidation and take the plunge into something you want to try.

In essence dive into something that takes a bit of nerve to courageously say you gave it a shot even if you don’t keep it up forever.