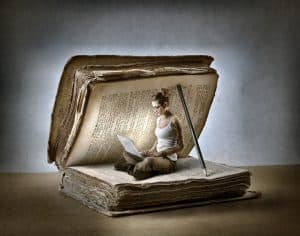 What are the meanings of the Different Houses in Astrology?

For the novice, astrology may just be the daily horoscope in the local newspaper and the 12 zodiacs, but it is actually much more than that.  Astrology is an intricate study of how celestial bodies affect the lives of human beings on earth.  The planets, signs, and houses are just individual aspects of the overall practice of astrology.

First and foremost, there are ten major planets classically recognized in astrological practices.  These planets include the Sun, the Moon, Mercury, Venus, Mars, Jupiter, Saturn, Uranus, Neptune, and Pluto.   There are several factions of astrology that focus on lesser planets as well, which are usually the greater asteroids in the sky (Ceres, Chiron, Juno, Pallas, and Vesta).  Each of the ten classic planets has a basic function.  For example, Jupiter influences a person’s ability to grasp general principles while Venus influences the ability to express affection.

The signs of the zodiac affect how the different planets function.  The study of astrology focuses on the path of the planets through the sky and into the different houses.  There are twelve signs of the zodiac which include Aquarius, Pisces, Aries, Taurus, Gemini, Cancer, Leo, Virgo, Libra, Scorpio, Sagittarius, and Capricorn.  The signs can also be categorized according to similarities that they share, such as elements (Fire, Earth, Air, and Water) or qualities (Cardinal, Fixed, and Mutable).

Houses are another major aspect of astrology in that they explain where a planet is working in a person’s life.  The houses of the zodiac are simply numbered one through twelve without any special names.  Depending on where a person’s planets are located, different areas of his or her life may be more prevalent.  For example, the tenth house is the sign of career, public image, and long-term goals.

Unlike the planets and signs, the houses have no special names.  The houses are numbered one through twelve and feature similarities to corresponding signs although it is a mistake to think they are the same.

The First House, or the Ascendant, is located on the far left side of the horoscope wheel.  This house represents a person’s individual personality.  This may be one of the most important houses in a person’s horoscope, falling second only to the Sun and Moon when reading a person’s chart.  The planet that rules the First House is particularly important in interpreting a person’s temperament, constitution, and superficial traits.  This house shows us how people represent themselves to the world.

The Second House represents your money and possessions in general.  However, in addition to material circumstances, this house also represents how much value a person places on things and people, including yourself.  During an astrological reading, the Second House helps a person understand their own sense of self-worth and how they deal with possessions and relate to their own body.

The Fourth House deals with roots and origins which is the sign of the home.  This house represents the parental home, circumstances influencing childhood and young adulthood, how a person relates to family, attitudes toward home, the father figure, and the general domestic environment.  Most importantly, perhaps, is that the Fourth House also shows both the formative years as well as what we become in the last third of our life.

The Fifth House represents creativity and pleasure as well as romance and children.  This house is also the sign of romance, children, and creativity.  Other factors that are included in the Fifth House are gambling, hobbies, speculation, sports, fun, and games.

The Sixth House which represents work, routine, and services given and received.  More specifically, the Sixth House describes the circumstances surrounding our everyday lives including health matters like bodily hygiene and tendencies toward certain acquired illnesses.  It is important to note that the Sixth House does not relate to your career specifically, but rather the style and quality of the work that you do.

The Seventh House relates to marriage and partnerships but is not restricted to only business partners and spouses.  The Seventh House comes into play anytime you approach another person as your equal, in any capacity, which may even include enemies.  Astrologers have found that most people are attracted to people, involuntarily, who have a strong emphasis in the Seventh House.

Whereas the Second House deals with your personal money and possessions, the Eighth House deals with common property and loss.  It rules other people’s money, values, and possessions and how you can use these things for your own means.  Additionally, this house deals with sex, death, and rebirth and is closely tied to all things metaphysical.  Because of the scope of this house, issues such as tax matters, insurance, your influence on others in society, and specifically the sex act (your style, taste, preferences).

Foreign countries, philosophies, religion, higher education, your “higher mind” in general are ruled by the Ninth House.  The house shows the principles we were raised with and how they change.  Typically, our spiritual learning and philosophies are affected by trips to other countries, which is why all of this is lumped into this house.  It is important to realize that what is found in the Ninth House can have a strong impact on the Tenth House.

The Tenth House deals with your career. Also included in this house are your life goals, your public image, your calling in life, and what we eventually become.  Because the Tenth House begins with the highest point in the heavens (mid-Heaven) it generally also rules the parent of greater influence in a person’s life, which is usually the mother.  This house deals with both the relationship with your real mother as well as the mother image.

The Twelfth House represents all the spheres of life in which the person no longer has direct control.  Issues such as hidden enemies, psychological problems, self-undoing, restrictions, and places of restriction like hospitals, jails, and psychiatric wards are often found in this house.  On the other end of the spectrum, this house also deals with monasteries and retreats.  Although this house may seem a bit scary, it often influences a person’s intuition and does not necessarily mean that a person will end up incarcerated in any way.