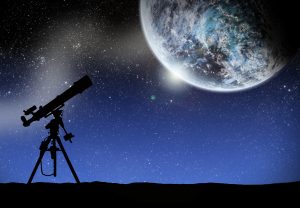 The Cosmos Heavy Weight Fight for the new champion to reign for the decade ahead.

It is Saturn in one corner versus Uranus in the other.

The strength of Saturn is very strong in the sign of Aquarius yet Uranus is the maverick, ready to invent and use moves not seen before.

The story of Saturn and Uranus began back in October 1988 when they were conjunct in the Sign of Sagittarius. The defining event that epitomizes what Saturn and Uranus do together was the fall of the Berlin Wall.

The first quarter square of Saturn and Uranus in 1999 corresponded with the dot com bubble. Between November 2008 and July 2010 Saturn and Uranus had 5 oppositions to each other during the time of the great recession. The early oppositions were between Virgo and Pisces and final opposition was with Aries and Libra.

In 2021 there will be 3 last quarter squares between the two pressuring once again the economy, and the fundamental beliefs and principles of the structure of the best use of government for the benefit of the people. If the past points towards the future then 2021 will also see a financial hardship in some sectors. This isn’t much of a stretch since the global pandemic has virtually closed the doors on many sectors of commerce, such as the travel industry, hotels, restaurants, music venues and many small businesses such as yoga studios and coffee shops.

Saturn is the old way of doing things, even though Saturn is in the sign of Aquarius which is bringing a fresh look at the old pattern. Saturn’s gift is the principle of hard work and diligently overcoming obstacles with measured patience and perseverance. Saturn archetype is the tough older individual who experienced the school of hard knocks and made his way in life not by luck but determination. Saturn deals with limitations in the material world and is quick to point out problems. Saturn can rule with fear, fear of failure, fear of the unknown, fear of losing what one has if taking a risk. 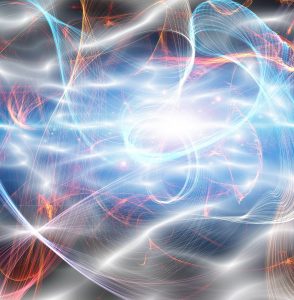 Uranus is the master of chaos and change. Uranus is known as the awakener; the one to create circumstances to uplift consciousness and reveal utterly new dimensions and shifts in perceptions. The archetype of Uranus is fine with chucking it all out and stepping into the unknown to see what else is possible. Uranus has no problem with pulling the rug out from under the life of humans and seeing how they will respond. Uranus believes that sudden change is the precursor for great awakening.

When Saturn and Uranus square off it is uncomfortable, which will prevail? Will it be the cautious route of step by step towards security or walking away from what one has and stepping into an unknown territory?

How does Saturn and Uranus manifest in our human lives? When Saturn moves through a sign it brings the demand to make the properties of that sign behave, get their act together or pay the consequences, and become more real. In Aquarius it has a lot to do with the internet, social networking, finding ones tribe, reeducating oneself in new technologies, connecting with like minds, and establishing new rules and patterns to govern the evolving technical world.

Uranus in Taurus shakes up our sense of financial security or the ground below our feet.  The sign of Taurus is the closest sign that governs our planet earth. Therefore when the maverick Uranus stomps through the sign of Taurus it demands shifts in perception of how we are taking care of the ground below our feet. Fundamental changes happen in what we take for granted, and what we now value most. The exact dates are February 17th, June 14th and December 24th 2021. The events that will be attributed to the Saturn Uranus square will happen not on the day of the exactitude but in the weeks before or the week after the exact square.

Riding out the storm. Anyone who has experienced living in a part of the world where mother nature brings violent storms, whether tornadoes, hurricanes, winter blizzards, and other acts of nature knows that preparation can only help so much. Sometimes you hunker down in shelter with your essentials, other times you get out of the path of the storm.

The Saturn Uranus vibe is a bit like that, Saturn is about the essentials and preparing yet Uranus is about being in the moment and responding to what shows up. Honoring both concepts is the key. And knowing what is essential, and how to dance with the changes will come deep from within as your intuitive higher self innately knows the path to walk.