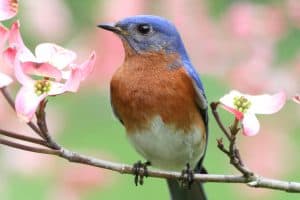 The bluebird is seen as a harbinger of happiness and symbol of good luck for centuries. In this Sagittarius New Moon solar eclipse we are standing at the door with anticipation of better times.

The planet that rules Sagittarius is the ever hopeful expanding Jupiter. Jupiter is at late degrees of Capricorn caught in between Saturn on one side and Pluto on the other. In a nutshell this is saying that with research into what we are passionate about (Pluto connection) and planning and hard work (Saturn connection) your dreams and desires will happen.

There is a tendency to burn ourselves out over thinking problems as Mercury, the idea and thinking planet, is sitting next to the fire sun. Wait for true inspiration before action. The Sun, Moon, and Mercury are in a harmonious connection to Mars in Aries, the planet of action. Once you feel confident that the vision you have is yours from deep within and not a great idea but not your great idea then the cosmic wind is behind you to sail towards your destination. 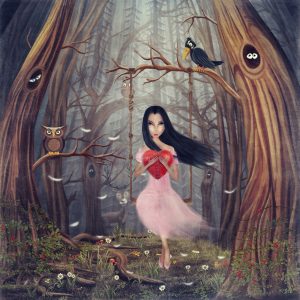 The Sun and Moon at 23 degrees is exactly (called partile) 30 degrees away from Pluto at 23 Capricorn. This is an aspect that is felt as an undercurrent. It isn’t obvious as the trine to Mars of desiring to get into action, or with Mercury many thoughts which one to follow. However with Pluto there is a feeling or sense that big change is around the corner one just can’t see it yet. It is another message to know the core of what makes your life meaningful.

Eclipses are always close to the south or north node, future and past symbols. This solar eclipse and Mercury is connected to the south node. Lots of messages and conversations from people you haven’t heard from in a while. When the eclipse is connected to the south node it sometimes represents a time to let go of the old ways and get ready for something else. It also is a core message to get back to your inner core, or the truth of who you are, especially as it is in Sagittarius, the sign of seeking truth.

In ancient or classical astrology it is said that the south node destroys or swallow up something. Black hole phenomena. Is there anything in your life you want to disappear? A bad memory, emotion, or situation that you wish would get sucked into a black hole never to be bothered with again? Meditate on what that might be and allow the universe to take it away and free you from the emotional or thought form baggage.

Since the territory of Sagittarius values learning, truth, education, freedom, and travel this is a good month to consider those areas of your life and how to make them strong.

Neptune, the planet of illusion, dreams, fantasy, imagination, who rules the oceans, fogs, and viruses is square the nodes of the moon. This is called being at the bendings. When a planet is square the moons nodes it is considered to be in a difficult position.

On one hand the planet of imagination being at a difficult position can indicate many negative individuals telling you why your dreams are unrealistic. Be mindful of whom you are sharing your vision with; no need to have someone else’s bad vibes step on an idea you have that is in the fragile early stages of development.

On the other hand Neptune as the virus being in a difficult position hopefully suggests that treatments and vaccines are around the corner.

Venus is in late degrees of passionate Scorpio with the asteroid Juno, known as the symbol for marriage and community. The desire for community and deep relationships you trust is another message from the solar eclipse. Relationships that are sharing and caring get closer, those that can’t pass the trust factor take a back seat. 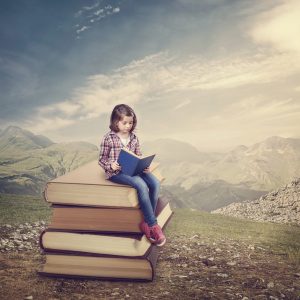