The Astrology Behind The Coronavirus

The Astrology Behind The Covid Pandemic

Astrology is complex as is life. The situation with the coronavirus has many layers to unravel in understanding the astrology behind it, the meaning, and ultimately the purpose or how we can evolve and grow from this experience.  Right now the scientist keep saying they do not know what to expect from this virus as it is new. Let’s look at the astrological symbolism and the dance in the cosmos that is playing out and showing us a path during the unfolding of the coronavirus pandemic.

When Does The Coronavirus Peak?

Here are the questions that linger: 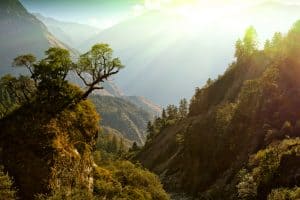 When Does The Coronavirus Peak?

When will it peak or when will the curve flatten out?  The time frame for various countries will have the peak of the crises from April 26th to May 13th then see the curve flatten out.  This is a time that the Sun is conjunct Uranus and Mars has passed the halfway point of Aquarius on April 26th. Mars in Aquarius with Saturn in Aquarius is problematic for allergies and other air related illnesses, for the fact that Mars and Saturn are now both in air signs and the virus is an airborne disease. On May 13th Venus moves retrograde in the air sign of Gemini, (which is connected with breathing and the lungs) and she is conjunct Hygeia, the asteroid of hygiene, and Mars has moved out of the air sign of Aquarius, into the water sign of Pisces. However this is still a time of caution as Neptune, the planet that rules viruses is in Pisces. This will be a time of grieving for what was lost and acceptance of the spiritual gifts gained.

Does Astrology show if there will be a breakthrough for a vaccine or drugs to treat the Coronavirus? 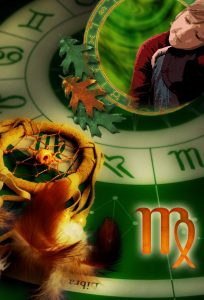 When will there be a respite in the crises and when will drugs be available that will help the sick? I see this happening around June 23rd – June 25th .  The astrology that brings hope for resolution is the solar eclipse on the 23rd and Venus direct on the 25th as the sun is conjunct the asteroid Hygeia and is hopeful that we all have learned the ‘hygiene’ lesson and can begin anew. The Jupiter Pluto conjunction in June gives hope for a solution to help humanity. Further the Mars transit conjunct Neptune, the planet that signifies the virus and the insidious spread of it, will have completed by June 14th, which is another indicator of a peak time for countries lagging behind from the contamination from the spread across borders.

Does the Astrology Indicate the Virus Reoccurring Again?

Will it come back around? Most likely yes, as Neptune is the factor that spreads the unseen and returns  to the place it was early 2020 for the fall. Also there are several key days in October that are vibrating the Saturn Pluto conjunction of Jan 2020 indicating another return and worry for support from the government and corporations. Also since Saturn moves back into Aquarius  Dec 17th and the solar eclipse December 14th  the virus will likely be prevalent and in the media again. However the three separate Jupiter Pluto conjunctions in 2020 propel the advancement of business and cooperation along with the Jupiter Saturn conjunction in Aquarius which is fabulous for scientific studies, inventions, and advancements. There will be a vaccine developed by the time Saturn and Jupiter are in Aquarius December 17, 19th or when they are conjunct December 21st. If not a vaccine then other remedies that will be shown to treat this novel virus will be available by then. 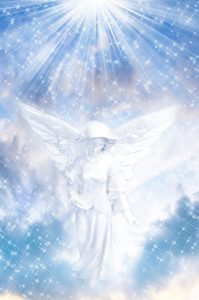 It is helpful to think of the planets as archetypes, that embody qualities and attributes they want to share. As in humans, they have a good side and a difficult side. Or another way to express it is they have a positive position and a negative manifestation. The planets have their viewpoints, a way of being, and they shower that energy to us at different times.

Viruses are a Neptune thing. That part is simple, so let’s first begin with what Neptune has to say. When an outer planet, such as Neptune, reaches its halfway point through the sign it is traveling through there is a reveal moment for us to understand how the planets passage through the sign. Whenever a planet is at its station point, direct or retrograde it is at its strongest time. That occurs twice a year for a few days before and after it moves again. Neptune stationed at the halfway point of 15 degrees on November 27th 2019 the day after the new moon in Sag.  This is the point that indicates the virus beginning to rapidly spread.  Chariklo was conjunct Pluto indicating a secret meeting metaphorically speaking, that will develop into either being frozen with fear, or deep stillness and contemplation.

The next major event is with the Saturn/Pluto conjunction with Chariklo,

Saturn/Pluto is a major time that has not happened since 1981/1982. This time around in Capricorn has to do with major changes in government and corporations, eliminating greed and corruption. The virus has a hand in making this come about.

What the planets are saying: the positive side

Saturn: Make a plan, be prepared, use what you have and eliminate waste and extravagance. 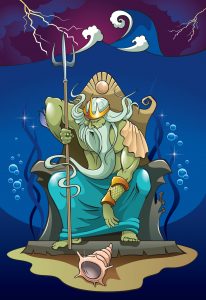 Neptune: Find solace in retreat and spiritual practice. Let go and embrace compassion. You are more than who you think you are, you are of spirit, let go of ego identity that is attached to job, position, ideals, material acquisitions.

Pluto: Find your strength and personal power from within. Know who to trust and who not to trust. Come to terms with the fact that you will leave your body, your loved ones, and live your life with intent. Be willing to face your inner demons, the past that hurt, warped, and formed you. Come to terms with your inner psychological nature and allow for the transformation into a new you. Empower yourself and be fearless enough to be willing follow your passion, something that inspires you.

Chariklo: Be still; find the inner essence of quiet stillness.

Saturn/Pluto Conjunction: Recreate your professional life. Take a long hard look at the road you are on and be honest about where you will end up. Build your reputation, use your intuition to understand the changes that are happening that you cannot control and find ways and means that put you back in the driver seat of your life.

What Are The Astrological Signatures For Getting Sick? 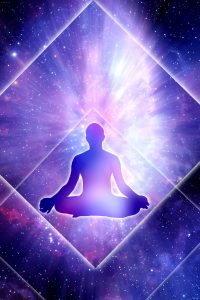 It is a time to stay centered, to focus, and fill your heart with faith, peace, and love. Stay healthy in mind, body, and spirit. For those of you with a Neptune and or Saturn transit to your sun, moon, sun/moon midpoint, and/or the ruler of your sixth house of health, be super vigilant in protecting your health. Uranus also has a hand in sudden illness that catches you by surprise. Pluto is always tricky; although is also an indicator of losing someone you love and care about when connected to your moon and Venus.

The cosmos has said it is time for a sabbatical; pay attention to your health and reassess what is most precious to you and what you really need to survive. Catch up on everything that you have put on the back burner and most of all surround yourself and those you care about with love and gratitude.